The owner or occupier of the premises which are found, for the time being, connected illegally for the purpose of supply of energy with the works of the licensee are liable for payment of detection / assessment bill prepared and served to compensate the loss sustained on account of theft of electricity.

Online billing is used If customer hasn’t received his/her LESCO Bill due to problem in address or may be a courier person mistake and in some cases customer might be misplaced his/her bill and he doesn’t have any document to pay it then Lesco Online Bill System is an online place where they can browse the site and generate a duplicate Lesco bill without paying an extra amount. 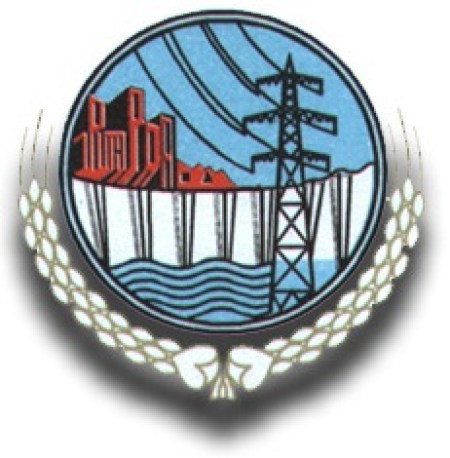 1-DETECTION BILLING FOR THEFT OF ENERGY

b) Detection bill for dishonest abstraction or consumption of energy will be assessed strictly in accordance with the provisions of Sectione26~A of the Electricity Act, 1910. Detection bill will be prepared on prescribed proforme attached as Annexure-A.

c) Before service of detection bill, a notice prescribed at Annex-B will be served upon the person whoever is found indulged in theft of energy as defined in Section 39 & 39-A of the Electricity Act, 1910.

d) Detection bills not to be raised against the meters having broken or bogus seals. However, detection bill will be raised in case where, theft has been established.

Whoever is found to have connected his installations, appliances and apparatus with the works of licensee, for the purpose of supply of energy without its written consent, commits an offense to be prosecuted under Section 39 & 39 A of the Electricity Act, 1910, which requires an FIR to be lodged with Police. Further to compensate the loss sustained on account of theft of electricity, in pursuance of provisions of Section 48 ibid, a detection / assumption bill will be served, as per laid down procedure, to such illegal and unregistered consumers, for assessing the amount of energy deemed to have been dishonestly abstracted, consumed or used for the period direct electrical connection from the aerial line/ supply line through artificial means, the provisions of Section 26-A will be followed strictly.

2) ‘The SDO would allot ‘a universal Raf. No. for billing this category of unregistered consumer by indicating the Sub Division Code which consists of 4 digits, and then add 3 digits of the Figure 8 followed by 4 digit consisting of 0001. These last 4 digits would increase as the number of consumers of this category would increase to show how many persons of above category have been issued detection bill.

3) The SDO would fill in the proforma for detection bill (Anrexure-C), get it approvedtom the competent authority and pass on to R.O. for feeding relevant input to W.C.C.

4) The Revenue Officer would arrange entry in the input form (CP-Form-1 36 or 137) and send the same to computer center for billing.

5) The computer will prepare electricity bill and send it to R.O. for arranging the delivery of same to the consumer.

6). The SDO and R.O. would pursue recovery under intimation to the all concerned.

a) In a vigilant system slowness of a meter on mechanical or technical grounds should be detected within one reading cycle or two. Slowness should be determined either with the help of a check meter or by getting the meter tested with the appropriate testing equipment Four proforma, Annexes-D,E,F & G have been prescribed to be used in series for ascertaining / determining and charging of slowness of meters when element of dishonest abstraction or consumption of energy is not involved. Charging on account of slowness will continue till the meter is replaced. Efforts should be made to replace slow meters without delay.

b) The period and amount of energy supplied to the consumer during such time when meter was slow will be determined I assessed after considering results of check meter / testing equipment, consumption pattern, sanctioned load, connected load or any other suitable criteria of the connection:

c) In case where slowness is detected within one reading cycle or two, it will be charged with the approval of load sanctioning authority but CEO will be final authority in all cases. d) In case where slowness of meter was not detected within one reading cycle or two, the detection /assessment bill on account of slowness shall be charged after obtaining approval from competent authority mentioned in Section (2) below.

a) The competent authority to approve a detection bill will be the authority next above of the load sanctioning authority.

c) Detection Bills recommended by the Surveillance Teams I other detecting agencies will be served only after the approval of the competent authorities mentioned at (a) & (b) above.

Since utmost care is to be exercised in the preparation of detection / assessment bill in the first instance, there should normally be no occasion to revise it. However, if at all necessity is felt to revise a detection bill on the representation of the consumer then the revision of the detection bill will be approved by a Review Committee as constituted below. However, simultaneously committee will recommend disciplinary action to be taken against those who prepared wrong detection bill in first instance.

(A). For review of detection / assessment bills approved by XEN

Superintending Engineer concerned and one member of the committee will constitute the quorum.

(B). For review of detection / assessment bills approved by S.E or Chief Executive Officer.

CEO and one member of the committee will constitute the quorum. Meeting of Review Committees will be held on fortnightly basis.

a) Neither Electricity Act, 1910 nor the Regulations of Generation, Transmission and Distribution of Electric Power Act (XL of 1997) empower Electric Inspectors of Provisional Governments to assume jurisdiction to entertain complaints and determination / adjudication upon the detection / assessment bills served for theft of energy under Section-26-A of the Electricity Act, 1910.

b) Amount of the detection bill will not be excluded from the current monthly bills except where its recovery is suspended by a competent authority as defined under Clause-C of Section-Xll of the WAPDA Book of Financial Powers or by a court / forum of competent jurisdiction.

You must visit regularly and if you have any question regarding this or you want to give suggestion about our website and its working than, you can comment on our website there is comment section below for you to give feedback. For further news details and information keep visiting our website.