We are providing here to our users the complete details about Warid 3g Packages Rates Prepaid and Postpaid in Pakistan. Warid is the first and only telecom operator of Pakistan that has been transformed directly from 2G to 4G LTE network with the launch of its LTE technology. Warid has officially launched its 4G LTE services in Pakistan in 6 major cities including the following:

If the customer is not subscribed to any of the Warid 4G bundle package, then the default 4G rate of only Rs. 5 per MB will be charged for using Warid 4G LTE services. 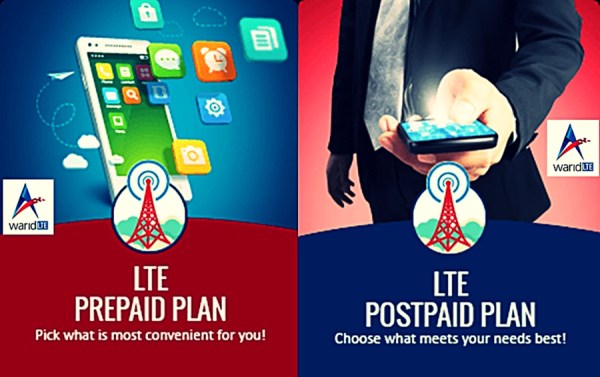 Warid has partnered with Ericsson as its technology partner for launching LTE technology in Pakistan. Ericsson is no doubt the leader of all LTE /wireless broadband technologies of the world. Warid is continuously working to expand its 4G LTE network in Pakistan.