KhyberPakhtunwa Govt has announced to pay cash award with title of “Stori Da” Pakhtuwa scholar. BISE Kohat has already held exams for the year 2021. And now result has been declared. All things has been clear position holders names also has been declared. Now according to the education ministry of KPK will pay cash scholarships to the to 20 students. Stori da Pakhtunkhwa’ program was launched by the provincial government for those students of public sector educational institutes who got first 20 positions in matric and intermediate exams of their respective boards. According to result, more than 72900 students appeared in the matriculation examination. The overall success ratio remained 71 percent. But the scholarship is just for position holders. Board Of Intermediate And Secondary Education BISE Kohat Scholarships 2022.

Stori Da scholarships is for the students of matric and intermediate. Here we want to tell you that BISE Kohat came into exist being on 19th January 2002.  In this paragraph we will write down the eligibility criteria , the procedure  of apply, last date to apply. Here we want to tell you that as per the program, a cash grant of Rs10,000 was fixed for the position holders of class 10th and Rs15,000 for the students of intermediate classes. The cash grant would be provided to the students for a period of two years. 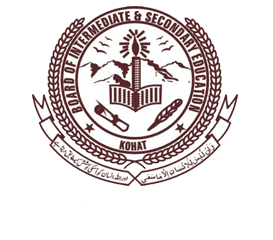 Board of Intermediate and Secondary Education Kohat has conducted before the SSC and HSSC classes annual exams 2021 and the results of these both classes have also been declared. BISE Kohat has announced th Satoori Da KPK scholarships 2021, which was announced for the matric and FA/FSc classes annual exams students, who have passed their exams. Read care fully this page to get the latest updates regarding their Kohat Board Satoori Da Pakhtunkhwa scholarships 2021.