BISE Faisalabad is offering scholarships to students for matric annual exams 2021. Students who excelled in the exams were given scholarships recently. Faisalabad Board of Intermediate and Secondary Education started functioning in 1988.

BISE Faisalabad is responsible for taking the exams of Matric and Inter classes in the schools and colleges located in Faisalabad, Jhang, Chiniot and Toba Tek Singh. Normally Faisalabad Board manages the annual exams of 9th and 10th classes during March every year and announces the result of the SSC Part 1 & 2 after three months of the annual exams of matric in June. 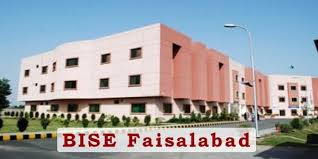 The scholarship awarded had the following structure: 1600 rupees given monthly. 2000 rupees given annually for books. A list of students have been revealed by BISE FSD. Ant student in the list who have some issue regarding the scholarship must report within 15 days, starting from the day the list was revealed.

After that, the list will regarded as permanent and no further changes will be made. The list was revealed Soon. Students of science and arts, both are to be given equal amounts of scholarship. Number of science students and arts students in the list is same.