This is the event of 6th September when the armed forces of Pakistan defended the country in 1965 war against India. Fifty years ago on September 6, the Indian army crossed the Wagah border moved towards Lahore.This initiated the war between Pakistan and India. 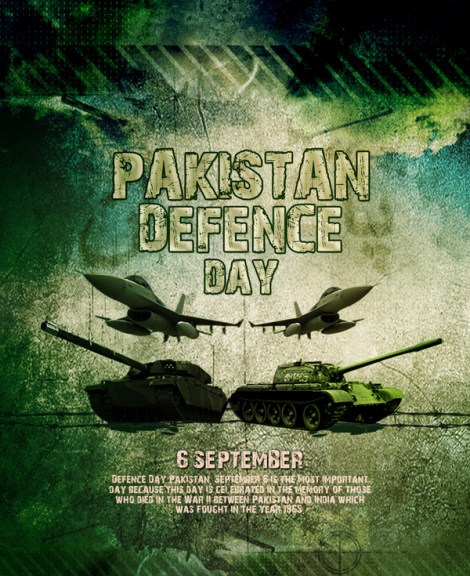 Defence Day of Pakistan is celebrated with great enthusiasm on every 6th September each year. Special functions are held for the Shaheeds who were awarded highest awards fro the sacrifice and bravery. The Ghazis of the war are recalled and prayers are offered for all those who sacrificed their lives for our prosperous country and peace.

The war continued from April 1965 to September 1965 and was sorted out by the UN United Nations. The war destroys both the countries financially and the people as well. The war proved to be the strength of Pakistan as they showed much courage fro the homeland