Punjab Government has announced to organize a National Horse and Cattle Show in March 2021 & issue Free Entry Passes to public. The users who have interest in this show can see here the Schedule and Timing of Games.

National Horse and Cattle Show will initiation the Punjab National Sports Festival from March 5, well-versed director general sports Punjab Usman Anwar here on Tuesday. Different sports contests will be conducted in the event and will be participated by various teams from all over the country.

The events will be stepping stone in the growth of sport in the province. Hundreds of players will feature in the Punjab Sports Festival being held from March 5 on the sidelines of Horse and Cattle Show. 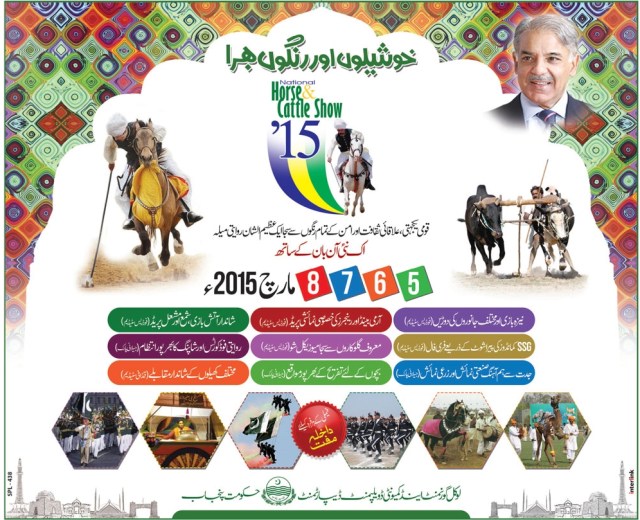 As par the sports schedule, tug of war competitions between Pakistan Greens and Whites will be held on March 5 at 3.00 pm at the Punjab Stadium. The teams will comprise players from Army, Ari Force, Police, Wapda, Punjab and Railways.

You must visit here to see more about related topics.