Today is the 23rd March 2021 and its celebrating very happiness and joy with parade So you can watch it here online. 23rd March Watch Live Parade Pakistan Resolution Day 2021. The last parade which took place in the federal capital was on March 23, 2008, reviewed by Gen (retd) Pervez Musharraf as a civilian president, but was discontinued owing to ‘security concerns’.

The highly-anticipated joint military parade by the armed forces of Pakistan is taking place today in Islamabad after a gap of seven years, to commemorate the historic Pakistan Resolution on March 23, 1940 – a day which marks the the birth of a separate state for Muslims. 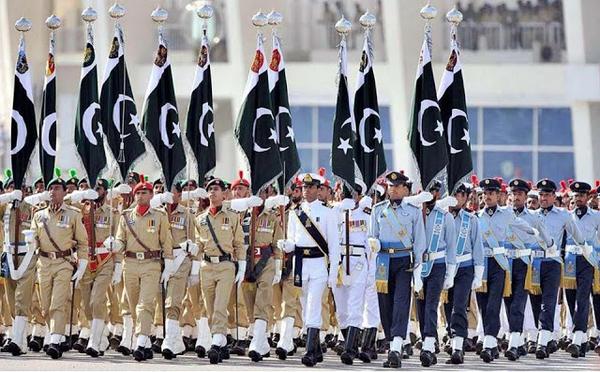 President of Pakistan will confer awards and medals on different people for their outstanding performance in different fields on the memorable day while Radio and Television channels will broadcast special programs on the occasion and newspapers will publish special supplements.

National flag will be hoisted on all government buildings

As a part of security arrangements, mobile Services will remain suspended in the twin cities of Islamabad and Rawalpindi from 6:00 in morning to 2:00 afternoon.