First of all we need to know what is A-Levels, and what is the difference between A-Levels and Fsc  here we are telling you that A Level full form Advanced Level known as A-Level is a subject-based qualification conferred as part of the General Certificate of Education, as well as a school leaving qualification offered by the educational bodies in the United Kingdom and the educational authorities of British Crown dependencies to students completing secondary or pre- Education. Everyone makes his or her own job and career opportunities, so that even if your career is shrinking.

If you have excellent skills and know how to market yourself, you should be able to find a new job. A-Levels was introduced by initially under reforms introduced in 2000, traditional two-year A-levels were split in half. Students now sit AS-levels in the first year and A2 exams in the second, with scores being combined to form a final grade. he qualification is the most common method used by UK universities to determine an applicant’s suitability for academic subjects. A-Levels are now common in Pakistan also and students are scoring really good grades in this level, many have made world record of obtain A grades in maximum subjects. 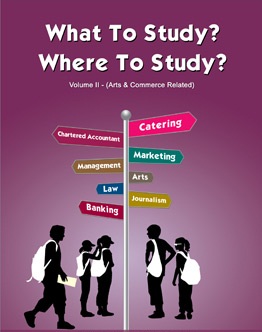 As Pakistan there is a intermediate and secondary education board for A-Levels there is a GCSE. GCSE stands for General Certificate of Secondary Education. It is a two year programme and students in the UK start GCSEs at age 14 in year 10 and then they take the public examinations at age 16 in year 11.

Scope in Abroad and Pakistan

There is  more scope of A-Levels in abroad as in Pakistan when the formula of weight age applied marks of A-levels reduce as compare to Fsc total marks due to the grading system of A-levels. As in Pakistani in intermediate there is a 6 subjects of 550 Marks but A-Levels have 5 or less subjects which reduece total marks automatically. if your college’s career office has a library of books describing different kinds of work, the typical qualifications needed and the salary ranges for various occupations. Your college’s career counselors should be able to help.

A Levels are generally worked towards over two years and split into two parts, with one part studied in each year. The first part is known as the Advanced Subsidiary Level, A1 Level or AS Level the AS Level acronym was previously used for the separate Advanced Supplementary Level qualification. A-levels is now common in Pakistan too. You must visit regularly and if you have any question regarding this or you want to give suggestion about our website and its working than, you can comment on our website there is comment section below for you. For further news details and information keep visiting our website.